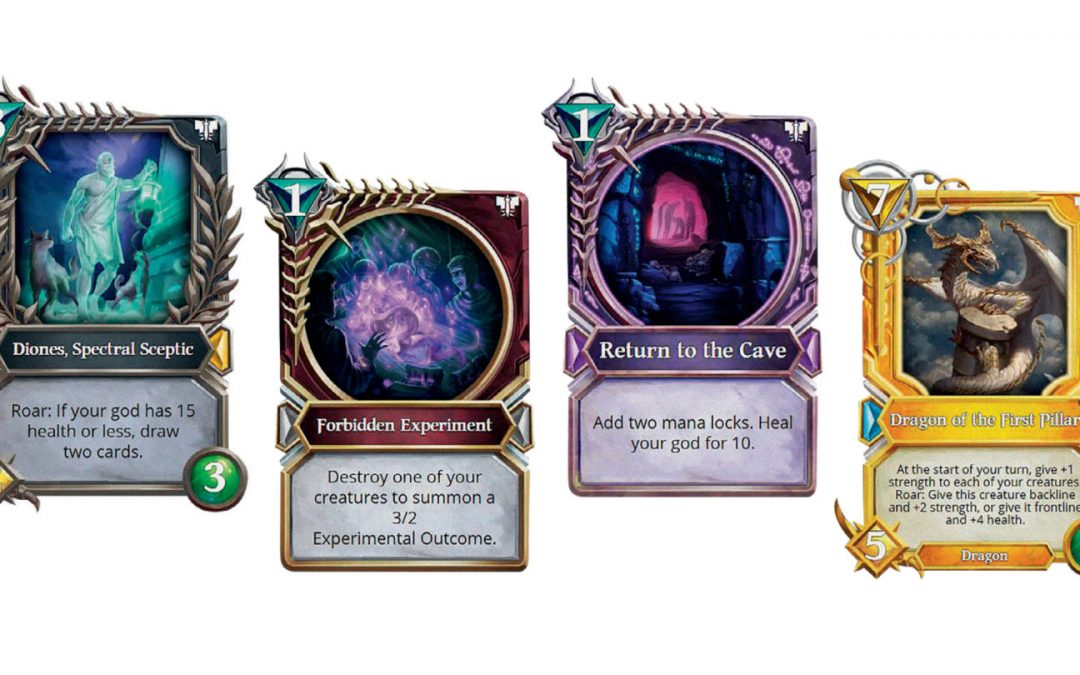 “Immutable wants to be a global pipe connecting any buyer and seller who wants to trade these forms of [digital] value, whether it’s a term deposit, whether it’s a loan, whether it is an item inside a video game, or whether it’s a digital sneaker for your character in the metaverse. And the reason that’s so important is we’re empowering people to own stuff. And we’re giving them the best possible price to trade it at.”

Ahead of the blockchain buzz

The two youngest sons of former Macquarie investment banker Tony Ferguson and Robin Ferguson, a doctor, have always been close. They grew up in Pymble and from their bedrooms were constantly hatching ideas and plans for businesses.

They’d attempt all manner of things, such as a machine-learning e-commerce platform, trying to make a better Shopify and a private blockchain crypto trading platform. It was a side hustle because, at the time, they were both full-time students. For most of it, Robbie was at high school.

Tinkering in tech didn’t mean they’d drop their grades. In his final year at Knox Grammar, Robbie would get the highest possible ATAR (99.95) and be crowned dux. They’d both attend University of Sydney. James took up a double degree in commerce and law. He remembers sitting in a corporate law class, as he and his fellow students tried to work out if a particular company had bought too much of a publicly traded company. Was there a breach in disclosure laws?

“I was thinking, these shares themselves should be programmable on a blockchain so that rather than wasting all that money on lawyers and judges and arbitrators, it could just be one line of code that could be called.” It was an early insight into the power of blockchain, years before the buzz.

Instead of following his father into investment banking, James decided he wanted to build tech companies. And if he was to do that, he needed to study something his commerce and law degrees weren’t providing: coding. So he took a year off from university, travelled to San Francisco and learnt to code.

Meanwhile, Robbie was finishing his HSC. Bitcoin was in its infancy and ethereum, the open-source blockchain software Immutable has built its business upon, wasn’t even around yet. That would come the following year, in July 2015.

“We saw bitcoin, and it was sort of interesting,” says James. “But, like a lot of people, I think there was some initial scepticism, what is this digital gold nonsense? But then when we saw ethereum it was immediately apparent to us how this technology was going to change everything.

“It was crystal clear from the moment we saw it. Our imaginations were racing.”

In 2020, sales volumes in non-fungible tokens were $US95 million. Last year, they hit $US24.9 billion, according to DappRadar, which collects data across 10 different blockchains. The blockchains are crucial, being the transparent ledgers that record who owns what. Now, there’s a generation itching to get their hands on everything from video game characters and video clips to artwork and even cartoon apes.

But as demand surges, the blockchains get inundated with computers around the world seeking to record transactions on the digital ledger. That causes transaction prices to spike. It’s a bit like Uber surge pricing.

James and Robbie experienced this first-hand, and early on. A video game they developed in 2018, Gods Unchained, became so popular that for it to expand using ethereum, they’d need $20 million. To keep expanding would have sucked up all their computing power for three months.

They began searching for a solution. Surely there was a better way? They read an academic paper on something called a zero-knowledge roll-up, which takes hundreds of transactions and bundles them into a single transaction. From there, they tracked down a team in Israel developing the technology. Then they bet their whole company on it.

Six months later, ethereum co-founder Vitalik Buterin declared zero-knowledge roll-ups the future for blockchain. Immutable had been the first to use it to build a platform for NFTs. The brothers were elated.

Called Immutable X, the platform allows anyone using ethereum to build out their games and trade NFTs without being slugged with “gas fees”. These are the fees you need to pay to account for the amount of computing energy required to process and validate your transactions on the blockchain. When demand peaks, gas fees can hit thousands of dollars.

Immutable found a way to build scale without sucking up so much computing power. It launched in April last year, and then proudly declared itself carbon-neutral (less computing power means less energy use). For providing the trading platform, it clips the ticket on the trades, taking a small cut of the value. The more people use it and transact on it, the more revenue they collect.

The Ferguson brothers’ quick-footedness can be demonstrated by the computer games they built pre-Immutable. It was early in 2018, and they’d been buoyed by success of their first big hit: a collectable battling game called Etherbots, which they say was the world’s first multiplayer blockchain game.

That game made $1 million in revenue in its first week, providing a platform for them to seek external investment for the first time. They wanted to build a newer and more popular game (it would go on to be called Gods Unchained).

“When we were fundraising for it, one of the investors we spoke to laughed at us,” James recalls. “They said that it was a good idea, but they had just backed another team, based in North America, and they were going to crush us. They were going to launch it in September, and we were way too late.”

They were undeterred. “We decided we needed to raise money and then work like maniacs.” They raised $US1.75 million from investors including CoinBase Ventures, and told their small team they had roughly eight weeks to get the job done.

“That led to many all-nighters and sleeping under the desk at the office on the hard wooden floor,” says James. Robbie remembers the heating unit was broken, leaving them working in winter wishing they’d brought in blankets.

In the trenches with them was Alex Connolly, who was one of three people in Robbie’s cohort to study computer science combined with law at University of Sydney. He, like Robbie, never got to third year, and instead joined the Ferguson brothers to build Immutable as a co-founder. He’s also now the company’s chief technology officer.

Gods Unchained, which is a digitised trading card game, ended up going nuts. In its first year, revenue raced into eight figures. There are now more than 25 million cards in existence, more NFTs than every other blockchain game on ethereum combined. Its early success came even though it was released into a cryptocurrency bear market (the third in crypto’s 10-year history).

“It’s one of the best things that ever happened to the company,” says James. “The company might have made a lot more money initially if we’d been able to launch it into one of those mammoth bull runs. But the fact that it was in a bear run meant that the whole company had to be 100 per cent laser focused on building something quality, and whether we were really developing value.”

James knows that he and his brother are tech bros in the purest, literal sense. But he’s not a geek without a sense of humour. He jokes about how he likes “non-nerdy things” such as bridge, a game most often associated with retirees.

He got hooked while at university, when a friend suggested they try out for the youth team. He made the cut, travelled around Australia and later progressed to global tournaments facing off against people more than twice his age.

“I still play bridge a little bit, but I don’t have as much time now. It’s a shame that it’s gone out of fashion because it is a brilliant, brilliant game.” Robbie, when asked if he’s into bridge, simply says “never”.

James speaks quickly, jumping at questions, and dominates the conversation. He’s clearly the more gregarious of the two. Robbie says if his brother doesn’t know something, he’ll go and read a book on it, learn it and then deploy global best practice. “James is also unflappable. He is very calm when making decisions. Together, those things are very useful.”

Robbie, who spent his pre-university gap year studying programming, might not dominate the discussion. But when he does speak, it comes from a place of deep thought. He’s passionate about the company providing a service that reduces the churn of computing power and hence is better for the environment.

He’s frustrated that Australia’s education system funnels its brightest youngsters into law and investment banking, and he is an NFT evangelist. NFTs can reshape everything from capturing carbon credits to reshaping finance, he says. “It will take time, and vertical by vertical it will happen. I don’t expect you’ll be buying NFT houses for probably a decade. But I do think you’ll be buying an NFT insurance contract or term deposits or financial instruments pretty quickly. Goldman Sachs is looking at tokenising real assets.”

Perhaps that explains why he’s a bull out of the gate. “He’s all, ‘let’s do this now’,” says James. “It’s fast, fast, go, go, go now. It is really important to learn quickly and keep that pace up and Robbie is the big driving force for that. He has a gift of understanding the space and incredible insight into how you cut through to the things that matter externally in crypto markets.”

Pace is important. Both know they are in an inherently volatile sector. Fortunes fall almost as quickly as they’re built. There are whipsaw machinations as markets lurch between boom and bust.

So, which companies will go the distance? Who’s going to win out? Says Robbie: “The main thing that differentiates crypto from the rest of tech is that the pace at which you have to make decisions and innovate is much, much faster.

“The most successful companies are the ones that are able to keep focus in the long term towards a unified goal or vision, but to be able to innovate all the different strategies you need to along the way in order to arrive there.”

They may be young, but they seek out advice from all corners. And there’s a piece of advice American tech entrepreneur Justin Waldron gave them that resonates with James.

“When we were chatting with him in the early days, he told us something that always stuck in my mind,” James says. “Whoever learns the fastest wins. I think in crypto, in terms of who’s going to do a good job and who’s not, that’s doubly true.”

Find out who are Australia’s richest people in the Financial Review Rich List 2022 out on Friday, May 27.