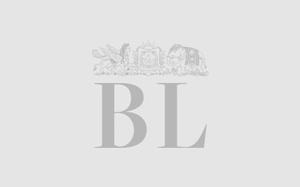 The gaming and entertainment industry is buzzing with much fanfare since the launch of the ‘Armored Kingdom‘ — “a new multi-platform, immersive universe spanning a Web3 trading card game, digital comics, animation and film”.

Founder of the entertainment company Graphic India, Sharad Devarajan, has partnered with Hollywood star Mila Kunis for this franchise that is built on NEAR — “a carbon-neutral, community-driven blockchain”.

Speaking with BusinessLine, Devarajan explains how the idea for Armored Kingdom came about.

“I’ve been fortunate to know Mila Kunis for a while and she is amazing — one of the most entrepreneurial innovators! We both share a real love for world-building fantasy stories. So when she reached out to share what she and creator Hugh Sterbakov were building with Armored Kingdom, I knew right away that it had all the elements of a great fantasy meets sci-fi story,” he says.

A statement describes ‘Armored Kingdom’ as a sci-fi/fantasy universe, developed by Sterbakov and writer/game designer Brian Turner. “It heralds a new evolution of media franchise, blending technology and narrative world-building to create an immersive universe, reinventing the relationship between fans and fantasy,” the producers say.

Devarajan goes on to add that his team at Graphic India always “partners with the greatest creators and technologies in the world to innovate the future of storytelling across Web3 and the metaverse”.

“I can think of no one better to work with in this space than Mila,” he says. “We are collaborating closely as partners with the Armored Kingdom writers and story architects to cohesively handle all the comics, animation and trading-card game assets for the project.”

Sharing her thoughts with BusinessLine, Kunis informs that she has known Devarajan for a while.

“I have seen the incredible work that he and his team does. It has been an incredible partnership of collaboration with all of the team working hard for the best possible product!” She adds, “I see Armored Kingdom as a global franchise, and believe the team should reflect that. We are always looking to bring the best creative talent together to bridge west and east.”

Armored Kingdom is as a sci-fi/fantasy universe, developed by Hugh Sterbakov and writer/game designer Brian Turner

On challenges faced when creating Armored Kingdom, creator Sterbakov says, “It’s been all about the technology. This is a new and wide-open space that, coming from the entertainment industry, isn’t my area of expertise.”

He adds that he had to rely on others so he could brainstorm with the game designer Brian to use the tech in “innovative ways”. “We’ve only just begun to discover it, quite frankly,” he notes. The creator says he found inspiration from the World of WarCraft, The Lord of the Rings and Game of Thrones.

Armored Kingdom “follows several tribes of warring dynasties as they battle for power with the aid of Armorite, powerful weapons crafted by a long-lost advanced civilisation”.

As part of the launch, the team released a limited edition comic NFT on its website. The team further mentioned that “a five-issue series of both digital and physical comics will be the first asset launched in the collection and setting the stage for the digital card game launching later this year”.

Creator Hugh Sterbakov says he found inspiration from the World of WarCraft, The Lord of the Rings and Game of Thrones

Turner shares a bit of the creative process. “As a long-time gamer, it was about taking the different brainstorming ideas and weaving them into a world narrative that was consistent and encompassing,” he says. “We started with these characters and the inciting incident that drives the story then planned out two seasons of the animated show — where the heroes travelled and why, what obstacles and allies they met along the way.”

The producers aim to use NEAR to introduce “a new chapter of entertainment innovation to a global fanbase, combining narrative storytelling and gameplay with cutting-edge blockchain technology in a revolutionary fashion”.