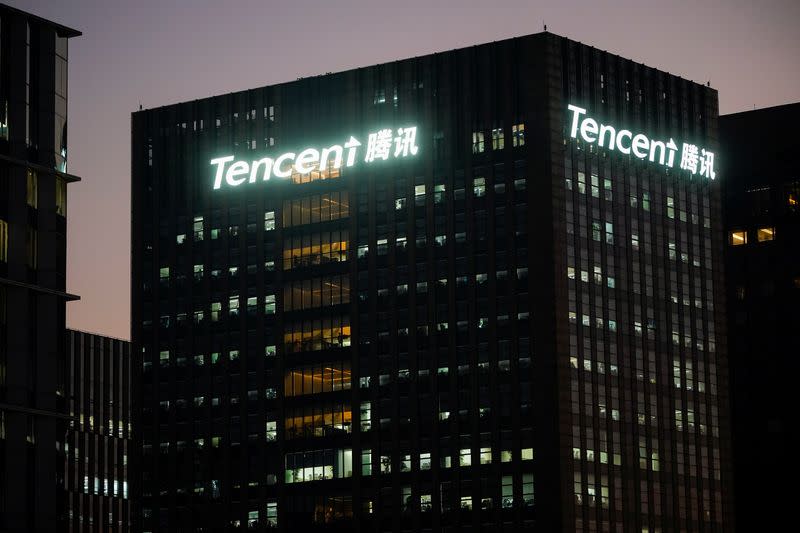 HONG KONG (Reuters) – Chinese tech giants including Tencent Holdings and Ant Group have signed a pact to stop the secondary trading of digital collectibles and “self-regulate” their activities in the market, Chinese state media reported on Thursday.

The companies were among 30 firms and institutes that have agreed to the “Digital Collectible Industry Self-Discipline Development Initiative” in which they will help prevent secondary trading and speculation in digital collectibles, according to a report by the Shanghai Securities News.

The newspaper added that the initiative was led by the Chinese Cultural Industry Association and that other signatories included Baidu and JD.com.

Digital collectibles in the form of non-fungible tokens (NFT) have become widely popular across the globe in recent years, in large part thanks to an active if not highly speculative secondary market.

China does not have clear rules around NFTs, but the country has had a long tradition of stamping out speculation of any kind on the grounds of financial stability. Cryptocurrency trading, for instance, is banned.

Still, many Chinese companies have been actively experimenting with digital collectible products in recent months, with giants such as Tencent Holding and Ant Group opening their own online marketplaces. The official Xinhua news agency also issued a NFT collection last December. Mainland Chinese residents can only buy NFTs using the Chinese yuan.

The self-regulation pact the firms signed on Thursday contains a total of 14 articles. Besides a ban on secondary trading, the signatories are asked to implement real-name authentication when selling digital collectibles to users.

The pact also asks platforms to ensure their blockchian technologies are “secure and controllable” and sufficiently protect users’ personal information.

Tencent, Ant, Baidu and JD.com and the Chinese Cultural Industry Association did not immediately respond to requests for comment.